God's Not Dead is the fifteenth studio album by the Christian band Newsboys. It was released on November 15, 2011 and is the second full-length album with lead singer Michael Tait. The album featured songs by Jared Anderson, Daniel Bashta, Jason Ingram, Reuben Morgan, Jennie Lee Riddle, Jonathan Lee, Sarah Hart, Ben Cantelon, Ben Glover, Norm Miller, as well as multiple compositions and arrangements by Seth Mosley of Me In Motion. As of June 2013, the album has sold 276,000 copies in the United States.

1. The King is Coming

5. Savior Of The World

9. Pouring It Our For You 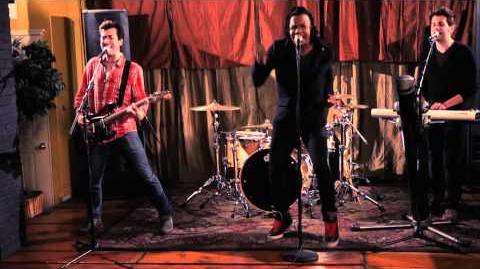 Newsboys - God's Not Dead
Add a photo to this gallery
Retrieved from "https://newsboys.fandom.com/wiki/God%27s_Not_Dead?oldid=5508"
Community content is available under CC-BY-SA unless otherwise noted.